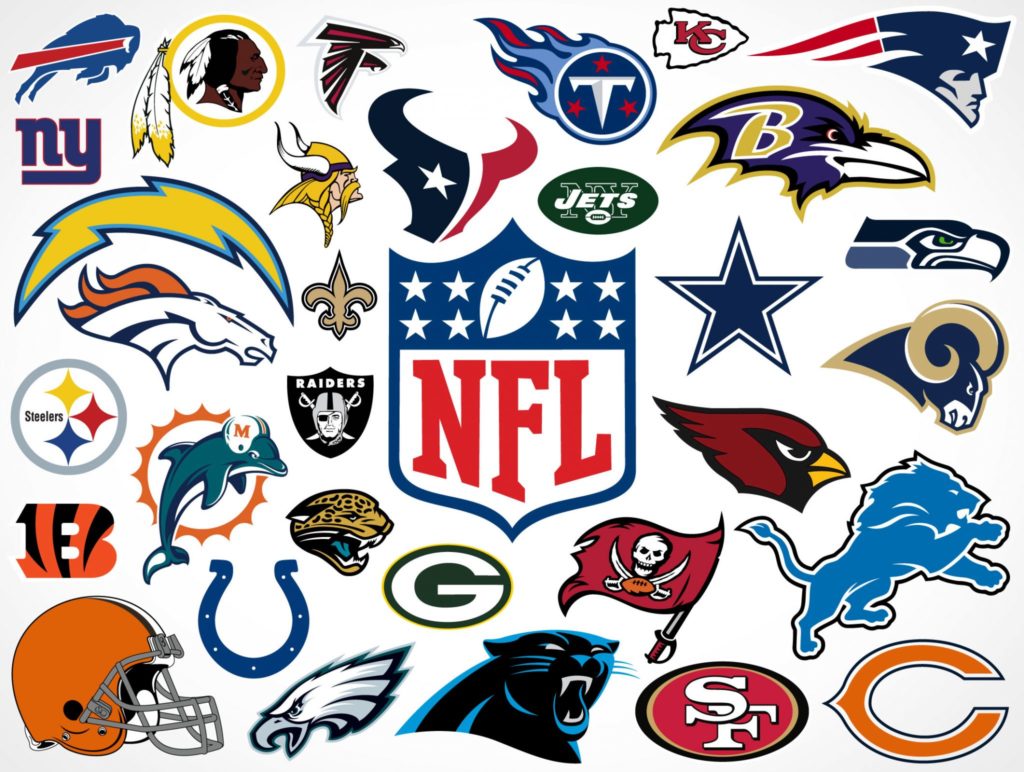 Everyone that knows me knows I love football.

I love everything about it – the epic, theatric-like three-hour length, the human drama, the coaching chess match, the heroes, storylines, and tragic downfalls – there is nothing like it in the world.

For this month’s blog, I figured what better way to celebrate football’s return than a post exploring one of my favorite topics –what NFL team has the best logo?!

Without further ado, my ranking of the top 5 logos in the NFL.

For reference, here’s a picture of all 32 NFL teams’ logos, so you know the pool I’m selecting from: I’m not normally big on “new” logos (my definition of ‘new’ is anything released post 1980). But the Denver Bronco’s now 21-year old Bronco made my cut:

I also think it does an amazing job of conveying Colorado’s Rocky Mountains and the rough and rugged individualism of the America’s great frontier. I have to give credit where it’s due, the Green Bay Packers’ 58 year old iconic “G” is a beauty. What makes it so great is how timeless it is – it’s just a “cool” mark that transcends any era.

Like the Broncos’ logo, it also does an awesome job of conveying sustained, confident, and classy power.

What a beauty. Just like the Packers – timeless, classy, confident, and cool. Bonus points for its’ bold overlapping of the “S” and “F,” a risky maneuver to pull off in theory, but is pulled off so well.

I love how it kind of looks like Superman’s emblem too. The gold edging as well, paying homage to California’s great Goldrush of the mid-1800s, is an amazing touch – how the edging’s width changes with the curvature of the logo is perfect – striking that perfect balance of grit and class. Give me the Steelers here. What a totally unique and historic logo – the emblem was originally (and still is) owned by the American Iron and Steel Institute and was adopted by the Steelers in 1962. It hasn’t changed since.

Yellow, red, black, and blue together is a bold, rarely seen combo. I like how the ‘Steelers’ font to the left totally screams 1960s – connating calm, cool, and collected. The “diamond” like emblems are ultra cool as well – portraying a beautiful, yet masculine look. To me, they’re Captain America – the organization with colors impossible to hate – Navy Blue, White, and Silver. It just doesn’t get any more “4th of July” than the Dallas Cowboys, sorry Patriots.