It’s Pumpkin Spice Latte season: why Starbucks’ use of seasonal campaigns are so effective As temperatures start to drop and excitement for the holiday season starts to rise, fall enthusiasts around the world have one thing on their mind:

The fall flavor has been around since 2003 and was curated by Peter Dukes, the director of espresso Americas for Starbucks at the time. Since its inception, the Pumpkin Spice Latte (or PSL) has become Starbucks’ most popular seasonal beverage of all time. The beverage is available in over 50 countries and generates over $100 million in revenue for the coffee chain each fall. Starbucks plays on consumers’ thirst for fall when generating hype around the release date. Each year, Pumpkin Spice Lattes are released on a new date. In 2014, Starbucks engaged their fans in an online scavenger hunt; winners were able to get their hands on the drink a few days pre-release. In 2018, a release date was sent out through a top-secret, Starbucks-managed Facebook group, the Leaf Rakers Society. This year, the drink was released on August 27, the earliest release date in Starbucks history.

By only offering the drink a few months out of the year, Starbucks is able to drive big revenue in a short amount of time. Since it’s a “featured item,” the Pumpkin Spice Latte appears to be scarce and only seasonally accessible, when in reality, pumpkin flavored drinks can (and should) be enjoyed year round. #PumpkinSpiceForLife. 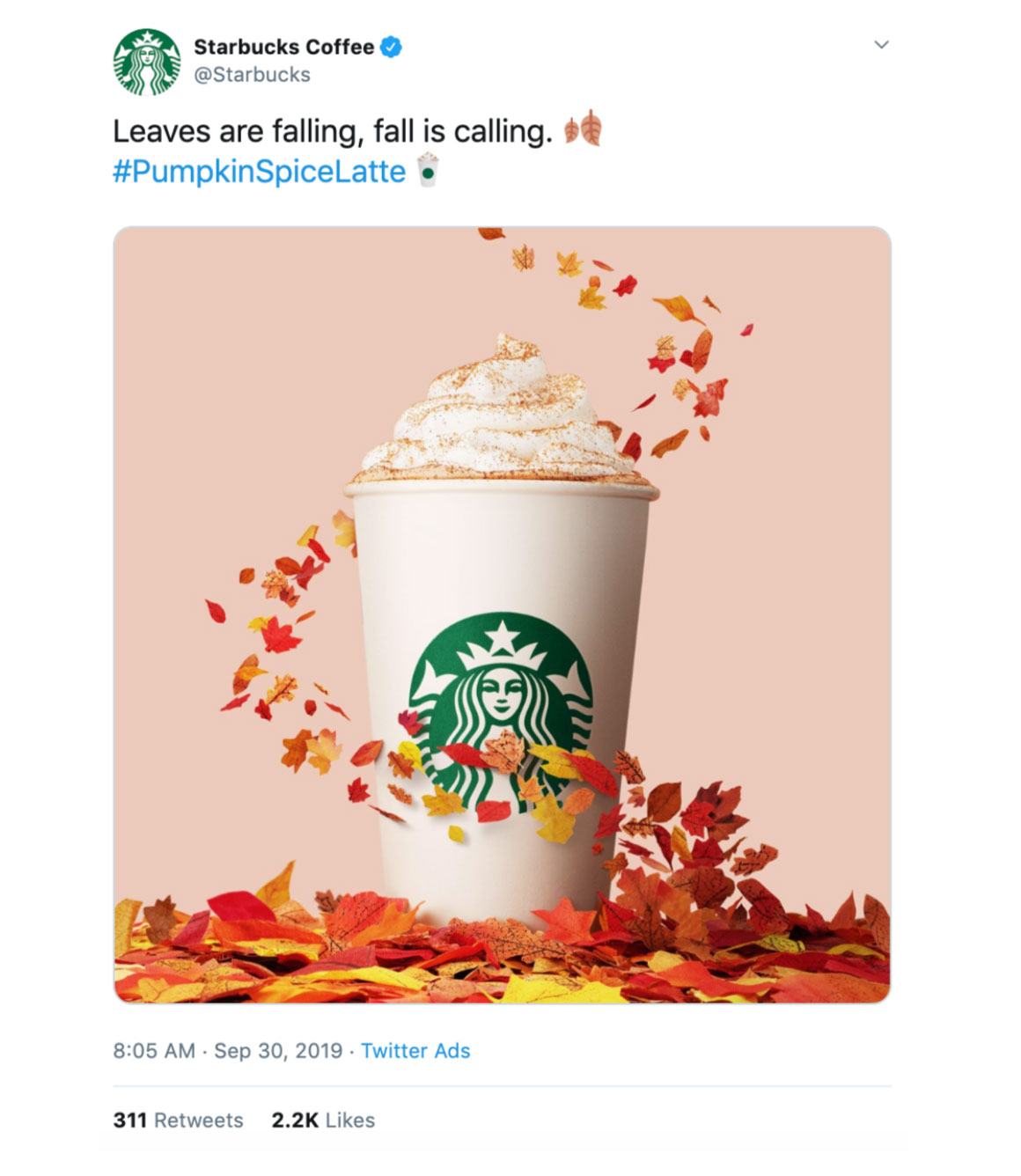 Hundreds of other pumpkin spice products have hit the shelves since 2011, following closely in Starbucks’ footsteps. Pumpkin spice bracelets, cream cheese, whey powder, yogurt, and dog treats are just a few of the different products that have attempted to hop on the PSL bandwagon.

Since the PSL release in 2003, overall pumpkin-flavored product sales has skyrocketed. Data shows pumpkin-inspired sales have been up 80%. Other products, such as frozen goods, yogurts, baked breads, and ciders have benefitted from pumpkin’s newfound popularity. 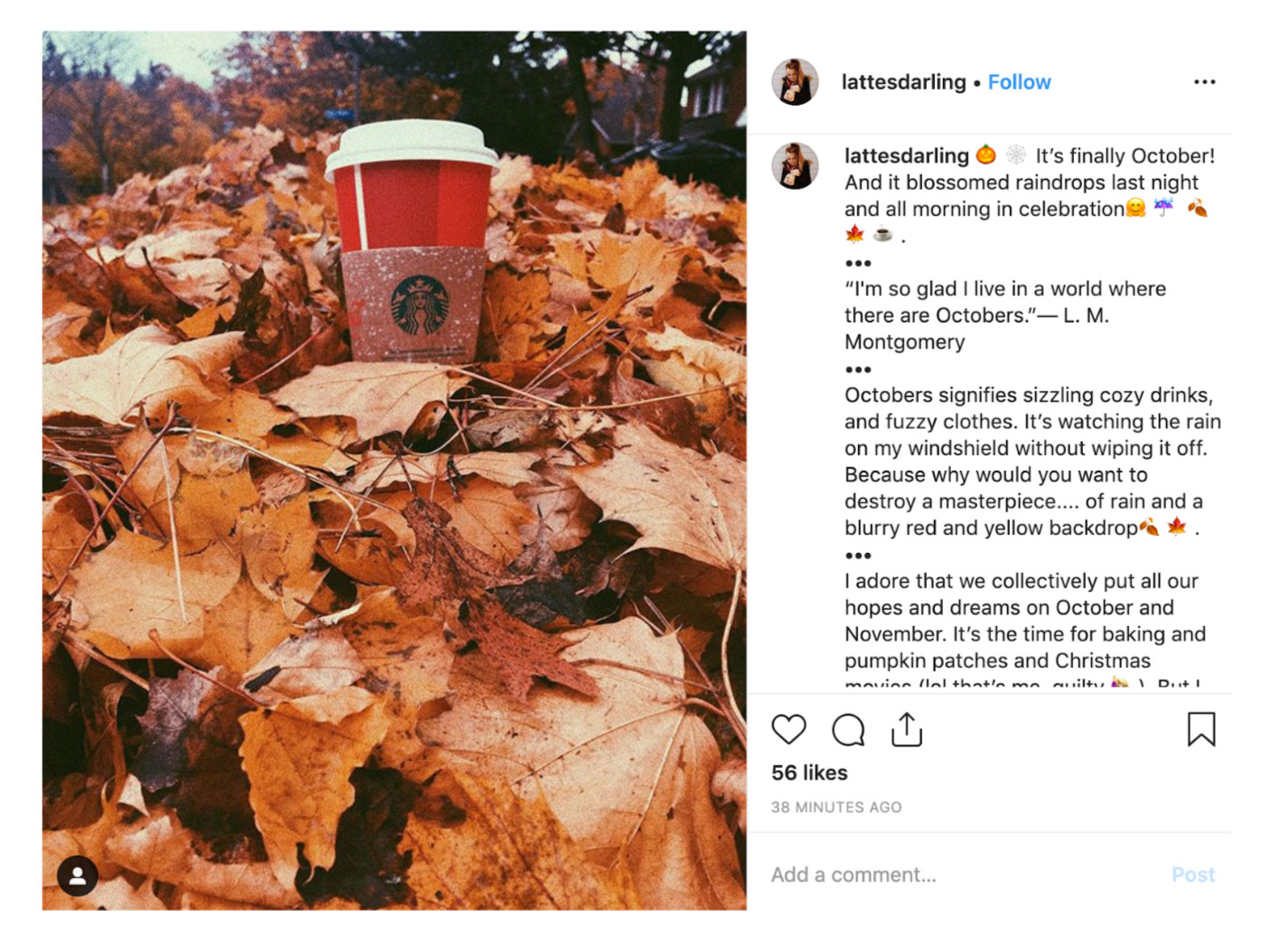 Consumers also love the aesthetic that goes along with both fall and pumpkins. PSL fans around the world post millions of pictures on social media, hyping up the drink and prolonging its popularity.

Starbucks has crafted a brand association to an entire flavor of products in a way other brands could only dream. They’ve brilliantly gone off of psychological research that finds pumpkin and cinnamon flavors are commonly associated with Thanksgiving and other holidays, which consumers naturally associate with happy memories. The coffee chain continues to capitalize on nostalgia to drive PSL sales, and guess what? It’s working.